Your browser is not supported

ABOUT BODIES IN MOTION

Scott Eaton's Bodies in Motion is an ongoing photographic project that aims to document the power, beauty and possibility of the human body in motion. Scott began shooting photography for Bodies in Motion in 2009 to support his renowned Anatomy for Artists course. Inspired by the work of Eadweard Muybridge, Scott began to photograph high-resolution sequences of athletes and dancers in motion. These photos have been used for years in his anatomy courses to help art students deepen their understanding of form, function and anatomy of the figure. The project has continued to grow over subsequent years and the Bodies in Motion library is now online to share these images with current and future generations of artists.

In many ways this site is a continuation of Muybridge's work, though updated for the 21st century with the latest DSLR cameras and flashes as well as sophisticated 3d scanning technology. The site was built by an artist with artists in mind. The library is expansive and growing monthly, but is narrowly focused on the isolate figure in motion. Scott is meticulous about lighting each photographic sequence or 3d scan. He attempts to sculpt the forms of the body with his lighting to highlight the contours and anatomy which expose the workings of the beautiful machine that is the human body. Each Motion and Scan contains countless lessons of anatomy, form, balance, gesture, and animation and we hope that the Bodies in Motion library will inspire artists and aspiring artists to study and appreciate the human figure.

Scott Eaton is a sculptor, designer, photographer, and educator based in London, UK. His work focuses on the form, motion and anatomy of the human figure. Scott studied drawing and sculpture in Florence, Italy, and received his design and computer graphics education at the MIT Media Lab 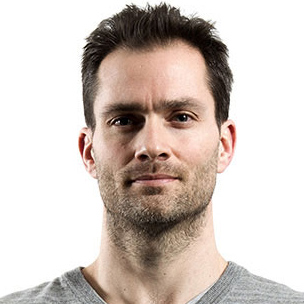